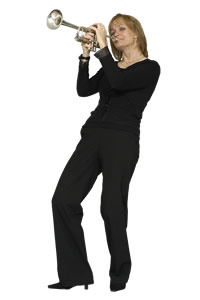 If there’s a local member of the community who you think has made an outstanding contribution to the arts, now’s your chance to nominate him or her for a special award.

The incite Award for the Arts honours members of the community who through their philanthropic leadership and passion have made a significant contribution to advancing the arts in the Greater Hamilton Region.

2017 Award Winner
Wally Pieczonka is one of the great champions of the arts. His extraordinary contributions to the cultural life of Hamilton and Burlington impact the lives of those who live and visit here and provide strength and stability to arts organizations and community based arts programs. Through the establishment of the Pieczonka Family Foundation and the Mavis Pieczonka Memorial Fund, Wally’s gifts have been critical to the success of the Hamilton Philharmonic Orchestra, the Symphony on the Bay, the Royal Botanical Gardens, the Burlington Art Gallery, and McMaster University, to name a few.

2016 Award Winner
The 2016 award winner was Dr. Robert Summers-Gill. The incite Foundation is pleased to recognize his long support of the HPO and many other arts organizations in Hamilton, including Theatre Aquarius and the Hamilton Children’s Choir.

2015 Award Winner
The 2015 award winners were Ron & Donna Patterson who are great philanthropic supporters of Theatre Aquarius who give out of a profound love for the theatre and a love of Hamilton.

2014 Award Winner
The 2014 award was given to Alan and Marlies Clark. Cultural organizations across the greater Hamilton area have benefitted from the Clark’s longtime commitment and generosity, including the Hamilton Philharmonic Orchestra, Art Gallery of Hamilton, Theatre Aquarius, An Instrument for Every Child, Royal Botanical Gardens, All Star Jazz Band, Bach Elgar Choir and the Hamilton Children’s Choir.

2013 Award Winner
The 2013 award was given to Mike and Mary Romeo who played a major role in developing Opera Hamilton and have been dedicated supporters of music organizations in Hamilton for decades.

A call for nominations is published each fall and selection is made by a small committee made up of representatives from Incite, the AGH and the community at large.

The Incite Foundation Award is administered by the AGH and is normally given every year at the opening of the Hamilton World Film Festival.